Lili Reinhart has come out as bisexual to the public.

The American actress, famous for playing Betty Cooper in “Riverdale,” made the announcement on her Instagram stories.

“Although I’ve never announced it publicly before, I am a proud bisexual woman,” she said. 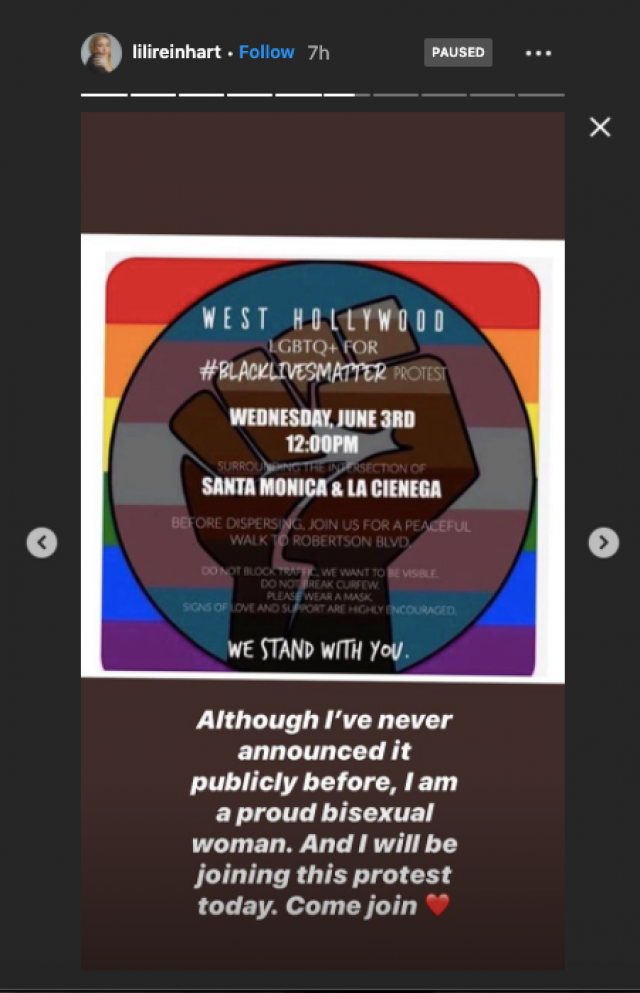 Reinhart dropped the bomb ahead of the West Hollywood LGBTQ+ for #BlackLivesMatter protest in California.

“I will be joining this protest today. Come join,” she said.

Reinhart had dated co-star and onscreen partner Cole Sprouse, who played Jughead in “Riverdale.” According to reports, the two had recently split.

Like Reinhart, Sprouse has been participating in Black Lives Matter protests, which erupted in all 50 states of the United States following the death of George Floyd.

Sprouse was among the peaceful protesters arrested in Santa Monica.

© Copyright 2020 by WebFeedy. All rights reserved.